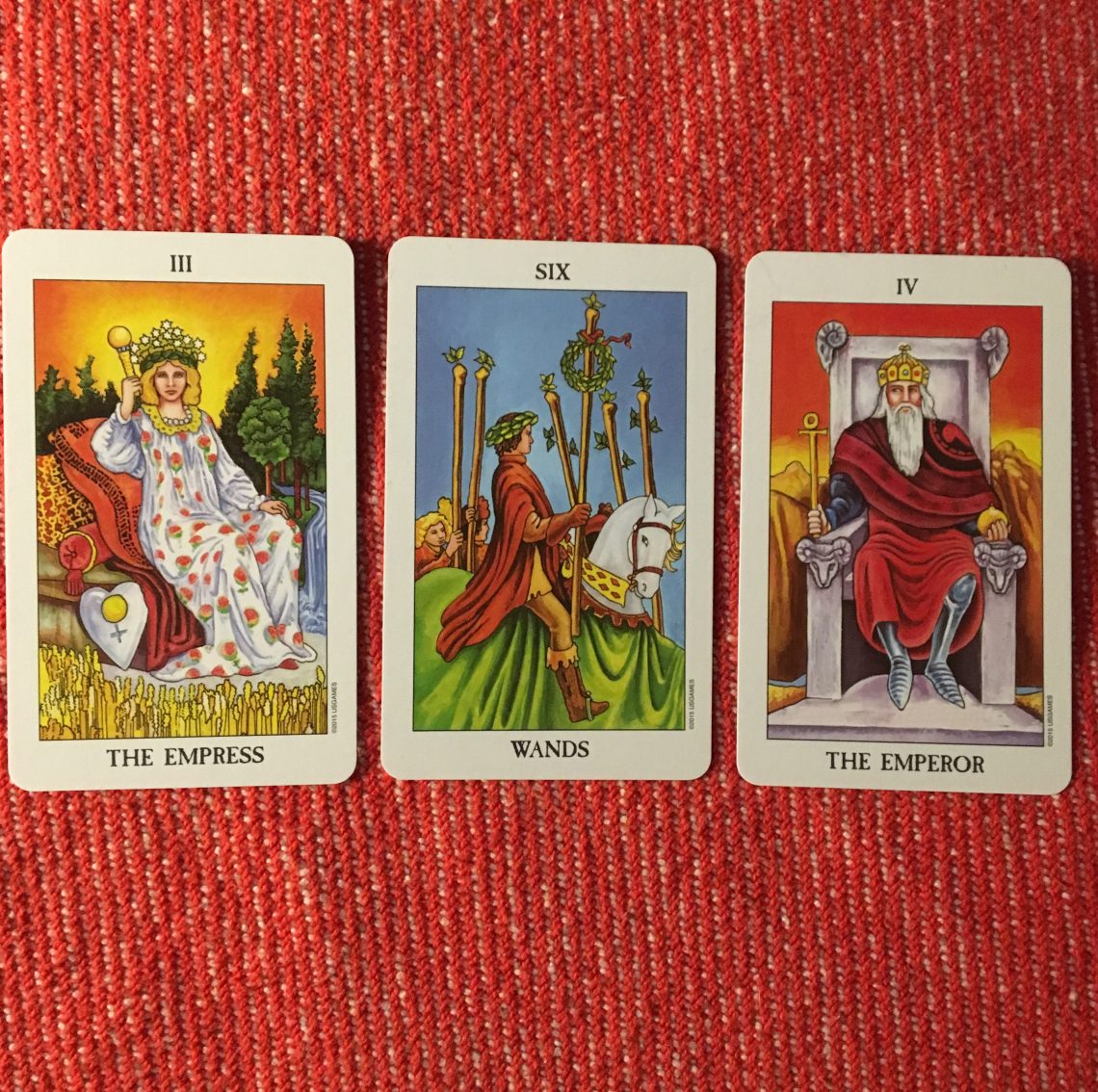 I gave a friend a tarot reading the other day, and thought I’d share it here. She’s got a teenage boy, and had asked for insight on how to balance a tough-love approach with giving him freedom to grow, especially as he struggles with peer pressure.

I asked the cards for insight into her relationship with her son, and some guidance on how to handle his need to grow and rebel versus her need to control and stay sane. I pulled three cards: The Empress, The Six of Wands, and the Emperor.

I laughed when I drew these cards because the Empress and Emperor are classic parental archetypes of mother and father energy. Hello Captain Obvious! Seriously, the cards are screaming DO YOUR JOB, this boy needs to be parented and hard. The Six of Wands is called Victory, and here is obviously the chaotic energy of a young person burning to be out on the path of their life. Together, the tableau says the seeker needs to exert traditional parenting energy to keep her son on the path, but it will end with great success.

The Empress is full of nurturing mother energy, and the Emperor is a no-nonsense but kindly sovereign who rules with benign but unmistakable control. His throne is made of stone – this is not a person who compromises. The Empress, on the other hand, is full of round, soft curves, draped on a comforting pillow. The Six of Wands, bursting with the fiery action-oriented energy of the wands, is bookended between them, saying the seeker and her husband really need to find the balance between the softer and firmer approach in dealing with his burning youthful energy.

Wands are about action and motion, and they’re hard to contain. Their element is fire, which means they’re always on the go. Like fire, they can be beneficial when controlled and a disaster when out of control – just like a teenager. 😉 I think this card shows how he’s really feeling peer pressure as well – it’s like the crowd in the photo represent his friends and acquaintances, egging him on. That’s the force his parents need to control and mitigate between the Empress’s nurturing nature and the strictness of the Emperor’s rules.

In a traditional sense, we could read the mom as the Empress and the Emperor as dad, but I think in a more modern sense, both parents can be each card. Digging a little deeper, if you look at the colour of the background of the cards, you can see that both the Empress and the Emperor have reds and yellows in the background, contrasting the bright blue of the Six of Wands. The seeker needs to make sure she and her husband are standing together as a unified force, providing clear and firm boundaries and expectations, and providing a united front in showing what those limitations are.

To see two major arcana (the Empress and Emperor) in a three card reading is unusual, and the major arcana are usually indicative of significant crossroads or decision points in our lives. (The minor arcana are more like the quotidian scenes that make up our everyday experiences.) The overall message here is that the seeker needs to find that balance between control and nurturing in order to help their son along his path to being a successful adult.

Isn’t the tarot good at telling you what you already know? What do you think of this reading? Would you interpret anything differently? 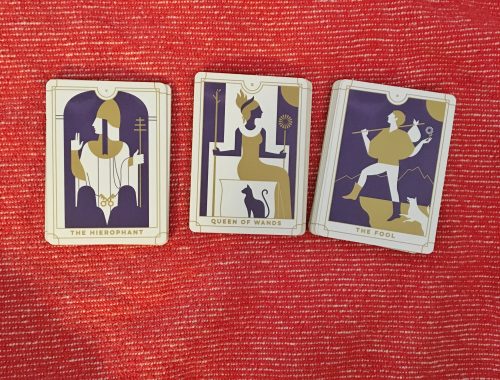 Tarot reading: The future of her business in these strange times 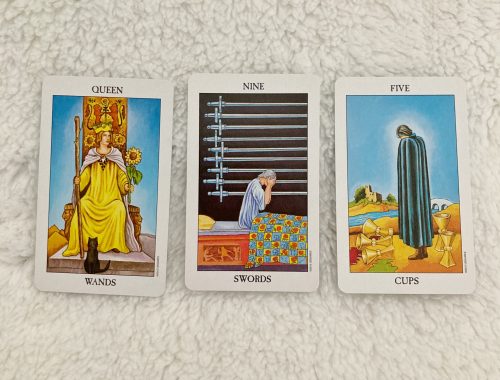 Turning a request for a prediction into a reading for insight